Lions, panthers and culture… oh my!

Nottingham has always had more than its fair share of the limelight, and for good reason; the city has been written about, visited and loved for centuries. Speaking as a lifelong resident of Nottingham, I can safely say it’s my favourite place to be. There’s a lot to be proud of…. champion ice hockey, football and cricket teams, iconic statues of the lions in the old market square, the award-winning Holme Pierrepont water sports centre, Nottingham Contemporary art gallery, Nottingham Castle, Wollaton Hall, the legend Robin Hood (breathe) and of course, our forever growing and diverse take on culture.

We are a proud, yet welcoming city. Yes, I said we. Every Nottingham resident has the River Trent running through their veins (although I wouldn’t recommend actually drinking it!). We are an eclectic mix of fairy tale, fresh, traditional and contemporary which is why Nottingham is a strong contender to become the European City of Culture, 2023.

Along with its heritage spanning almost 1000 years, Nottingham has a sustainable economy, a young, diverse population and takes its government-led objectives deadly seriously; one of which was hitting its clean energy targets four years early in 2016 (mic drop!) and continues to enjoy the reputation of one of the UK’s greenest cities. 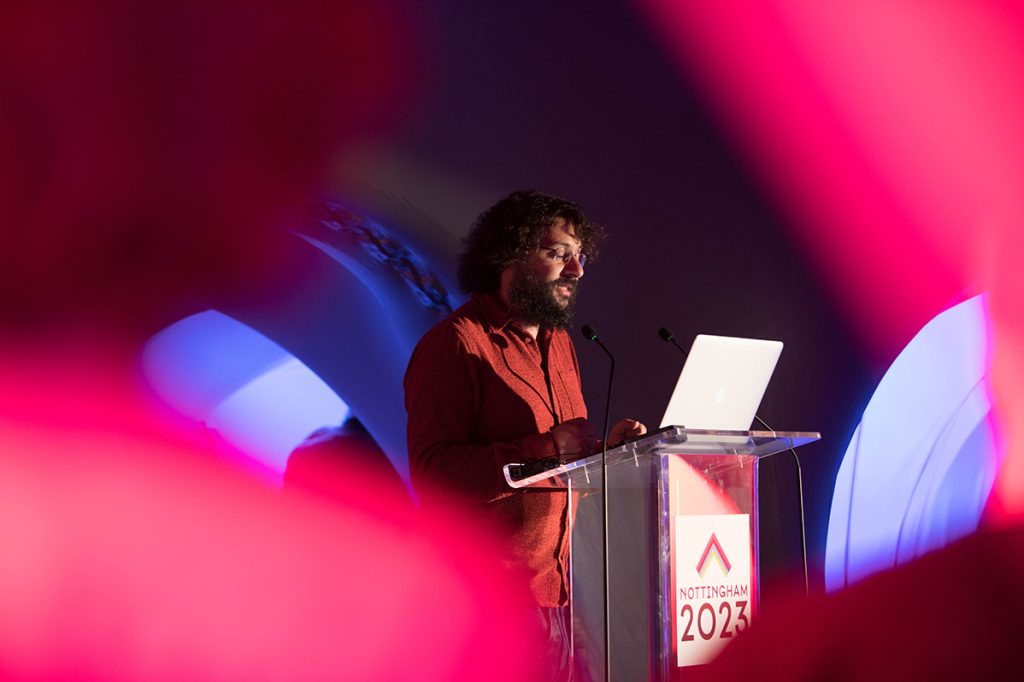 So, what’s been going on behind the scenes then?

Nottingham’s strategic Cultural Partnership has been working in conjunction with Nottingham City Council, the University of Nottingham, Nottingham Trent University and Marketing NG to lead the city’s campaign as the only East Midlands’ city to successfully put its hat in the ring for the prestigious title.

As with all races worth running, the competition is fierce. Nottingham is up against some tough contestants with Belfast, Dundee, Leeds and Milton Keynes all eager to be hailed victorious. So the people of Nottingham have to pull together now more than ever, to help strengthen the chances of Nottingham being triumphant!

If Nottingham became the European Capital of Culture in 2023, it would springboard the city into dizzy investment amounts for expansion, housing, infrastructure, business start-ups and addressing childhood poverty. All excellent reasons to vote in my book.

But what good are great plans, if no-one in the Midlands even knows that Nottingham is in the running and have no idea how to get involved?

That’s where we come in!

As a website design agency based in Nottingham, it was a project Framework Design really (really!) wanted to get our hands-on. So the best of the best – which incidentally are the only people that work at Framework! – were put to work on the pitch, meetings, late-night pizza fuelled design sessions and tweaks. Then voila! Framework Design was appointed to custom-design the website for Nottingham’s bid to become the European Capital of Culture, 2023.

The website is and will be for the entire year-long bid, a place for folk to drop by and take a look at the city’s bid updates, its sponsorship progress and of course join the pledge gang. People who are passionate about Nottingham, including those who either live here, went to Uni here or were born here and since moved away, will feel the urge to back the Council’s bid by giving 20 seconds of their time, their name and email address. That’s it. That’s your pledge logged and your vote cast.

Now the website has launched, the clock is ticking. Nottingham’s bid will be live for the next 12 months, which gives the 310,000 residents of Nottingham ample time to stand up and pledge their support. Within 48 hours of the website going live, almost 2,000 pledges have been received from local supporters. Have you cast your vote yet?

5 Ways SEO Can Help Your Small Business During the COVID Pandemic.