Twitter are removing Fleets, and here is why it’s a good thing for them. | Framework Design

Twitter are removing Fleets, and here is why it’s a good thing for them.

Twitter are removing Fleets, and here is why it’s a good thing for them.

Back in November 2020, Twitter announced they were launching a brand new feature to the platform. Fleets were designed for quick, momentary thoughts that disappeared after 24 hours. Twitter’s research found (or so they thought…) that Fleets made it easier for users to share what was on their minds less permanently – nothing like accountably for people’s words in the age of social media abuse.

From August 3rd, 2021 Fleets will no longer be available. Ilya Brown, VP of Product at Twitter announced in July that despite “big hopes” for the addition, user uptake wasn’t there.

As a result, your thoughts regarding the latest Love Island twist or your ASOS delivery issues will have to remain on Twitter permanently with a traditional tweet. 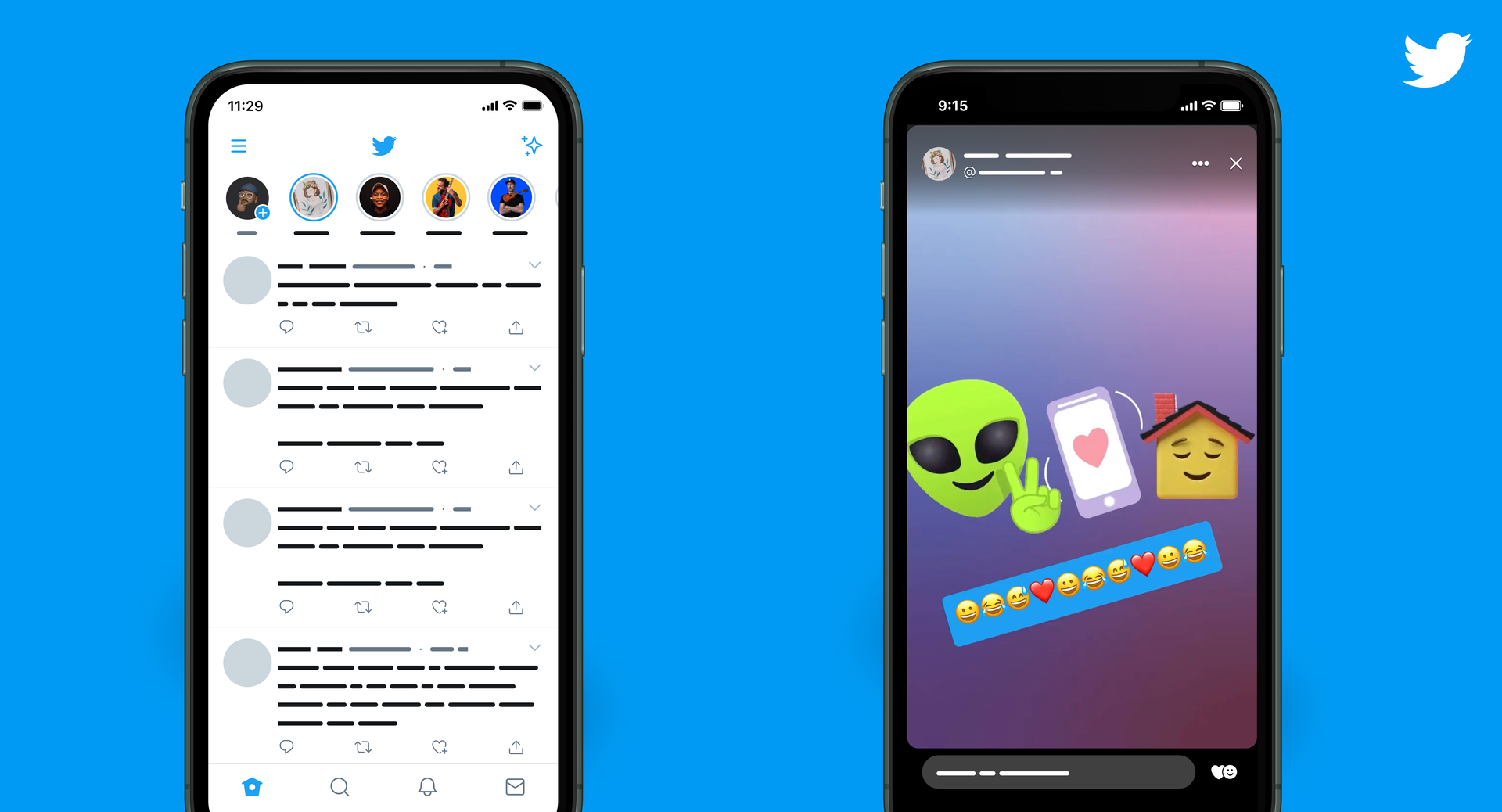 Why did it fail?

Fleets were designed, as Ilya Brown put it, to “help more people feel comfortable joining the conversation on Twitter”. However, Twitter’s initial findings discovered that:

Brown said that people “weren’t joining the conversation [with Fleets] like we hoped.”. Unfortunately, the product not only failed to make a splash with Twitter’s 192 million active daily users, it failed to even make a ripple on the social seas.

One other major problem was UX. After the introduction of Twitter Spaces in December 2020, two of Twitter’s latest developments were competing with each other for… well space. Only one could survive. We’ve all seen a flat where the landlord has crammed another room in there for no valid reason. The Twitter ‘flat’ had become crowded with new features that got in each other’s way and left dirty dishes everywhere. 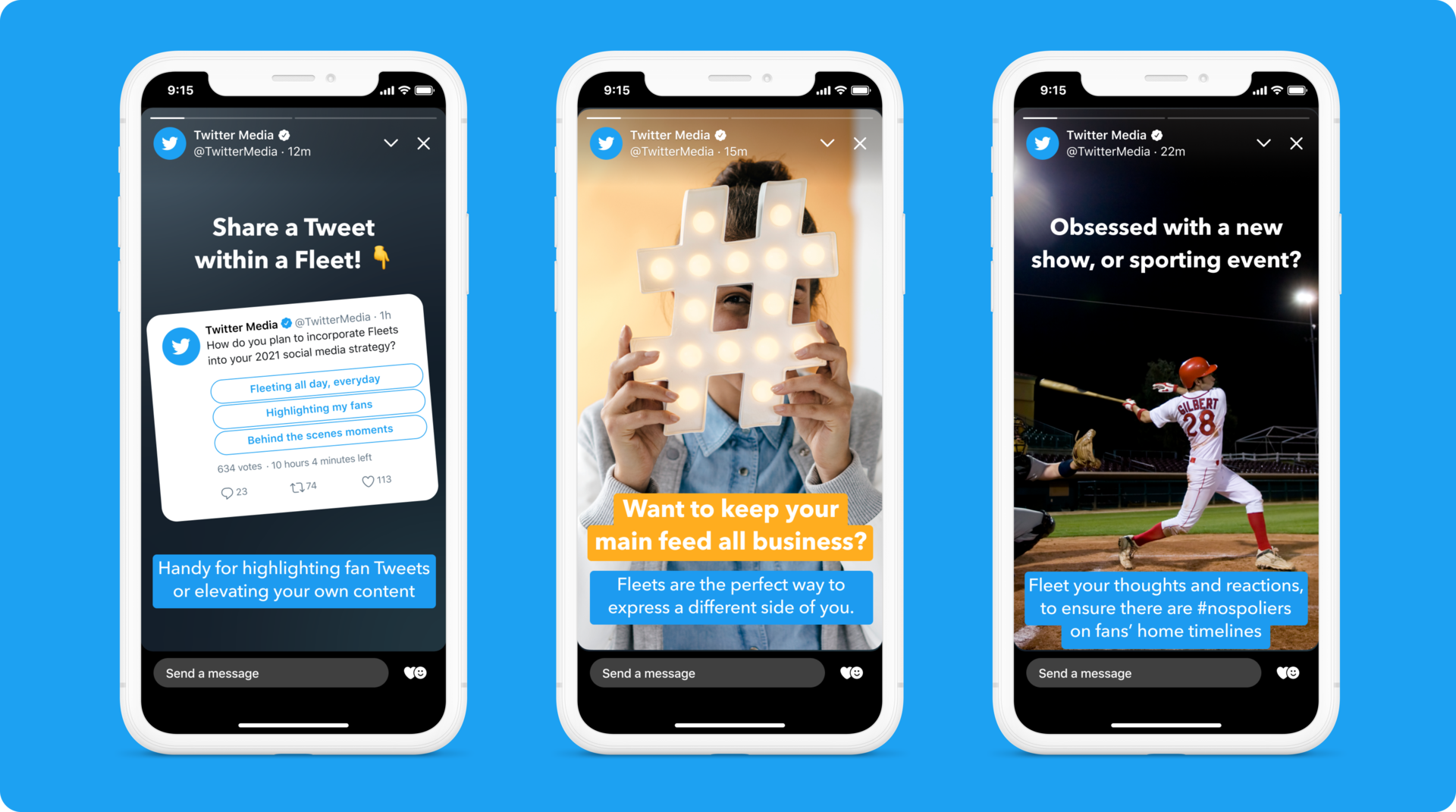 But, will anyone really miss them?

Honestly, no. According to a Variety report, only 7.7% of monthly users had viewed or posted a Fleet. 53% of those interviewed said they had never even heard of the feature. Yikes.

The failure of Fleets highlights an all-to-present issue amongst social media platforms. Constant copycat features are not what users want. Each platform offers something different and has been designed to be different. With every new feature installed, we move closer and closer towards creating Insta-Snap-Face-itter.

Some felt that it was destined to fail from the start and others felt like it was a poor attempt to solve some of Twitter’s issues. As reported by Morning Brew, Dan Gingiss, former McDonald’s senior director of global social media, felt this copycat product detracted from the uniqueness of Twitter – which is the selling point. He said that people want “Twitter to be Twitter”.

After the mitigating failure of Fleets and an underwhelming reception to Spaces – Twitter themselves acknowledged that the events on Spaces were hard to find and keep track of – Twitter has announced that some of the failings of Fleets will inform their next ventures including more image-led content and full-screen adverts. Maybe Twitter-gram isn’t far away after all…

So long Fleets, it’s been a pleasure(?)

How to set up a Google My Business listing.